Shout Out Sunday No. 3 – The Brontes

The Bronte Society and Bronte Parsonage and Museum

As you may or may not know about me, Charlotte Bronte is my favorite author. The Bronte sisters and their story have interested me for quite a long time now, and one year while visiting the Yorkshire Dales, we had the chance to visit Haworth and the Bronte home. What a place! It was on a rather dull wet day, too, which made it all the more special for me as I knew it was tough living back then for those women in that small Yorkshire town.

At the moment, I am just finishing up a book that I am finding it hard to put down, “The Secret Diaries of Charlotte Bronte” by Syrie James. It’s in the form of a novel but most of the events are taken from records of the Brontes over the years.

My only regrets during that visit were 1) that I’d left my camera at home and got no photographs, and, 2) we didn’t seek out the area in the moors that was the inspiration for “Wuthering Heights,” the novel written by Emily Bronte that you probably have read or seen in movie form. Click here for a movie version of Jane Eyre and Wuthering Heights. 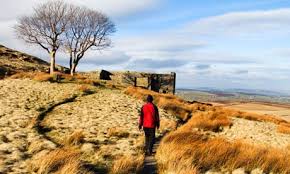 “Top Withins” on the Yorkshire Moors

There have been speculations about how and why the sisters and their brother Branwell all passed away at such young ages, and I’ve read theories that they were murdered! Their father, Rev. Patrick Bronte, outlived all his children, for some reason. He was not in ideal health himself, but there you go. I wish there were more concrete records about the time periods surrounding the deaths of the three sisters.

Anne Bronte is buried over at the east coast of Yorkshire in Scarborough where she had gone to “get the sea air” during her last illness.

Anne Bronte is buried here in the church yard in Scarborough, overlooking the sea – which also serves as a car park when needed.

The Bronte sisters and brother Branwell all seem to have died from what they called “consumption” back then. It is thought it had more to do with the harsh weather and lack of hygienic conditions in the small towns back in the early 1800’s in England. 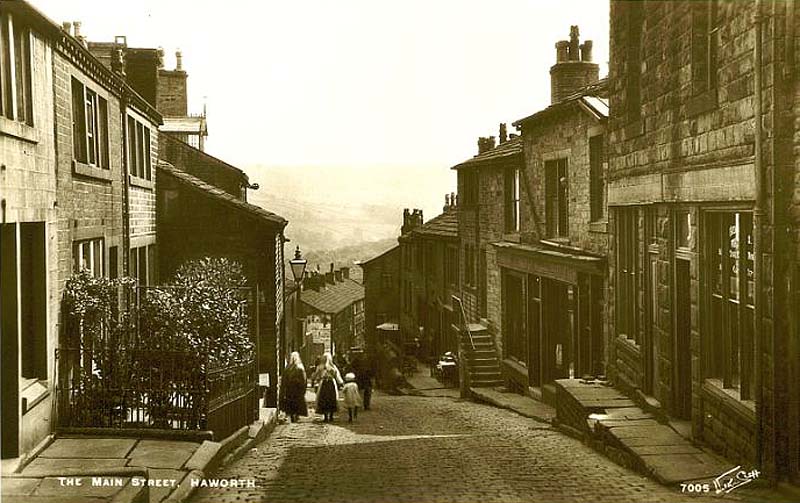 If only Charlotte had lived longer. She had just been married and was expecting a child when she passed away. I’m not sure we would ever have had another novel that could out-match her “Jane Eyre,” which is my favorite book.

The sisters wrote in these tiny homemade books because paper was very precious and rare for them then.

So I hope you can find some things in this web site to enjoy for yourselves.

Click the photo of the Parsonage below for another interesting web site concerning the Bronte story.

7 Responses to Shout Out Sunday No. 3 – The Brontes