Em had her surgery yesterday. She had a “fatty mass/tumor” at the top of her right arm/shoulder area that was getting larger slightly, so the doc recommended removal of it. That was yesterday.

If a surgical wound bothers you, back-button out of here, but here are photos of Em upon arriving home after a whole day at the vet’s: 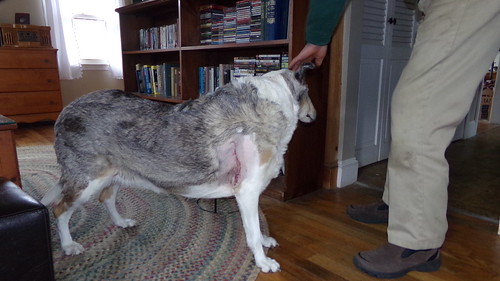 She was quite drugged up still from the anesthesia and pain meds. She was not “herself” – let’s just put it that way. We were very happy to have her home, and Kip especially was happy to have her back. They are lost without each other and when one goes down to dog-doctor’s, the other pines away here until they are reunited. Loudly pines…

But I have to say that Kip was pretty good yesterday. Once the initial shock of Em and Paul leaving the house without him wore off, he kept me company pretty quietly… a good boy he was. 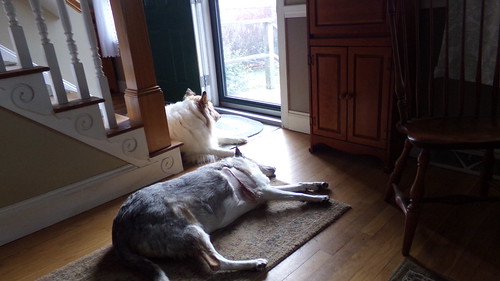 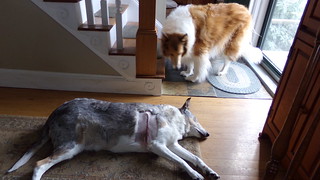 All for now, Em is needing me for something…