Listening to a “More Best of Leonard Cohen” CD right now. He’s singing “Everybody Knows” — what a great song…

I still have not made the jump to the Twittersphere and probably never will. It’s FB that has taken a giant chunk out of my waking hours; not that I’m really contributing anything much but it’s just there…

You can have all this musical ecstasy too – here’s the album I’m listening to…”MORE BEST OF LEONARD COHEN.”

Listen to clips of the songs on this album.

You can read all about this album at WikiPedia.

So there is no excuse not to revel in this amazing set of songs.

“Tower of Song” is on now… I can see why these are labeled some of his “best” – I totally agree.

I didn’t exactly have a subject line for this blog today. I’ve been housecleaning. I got all wiped out and was sparkling from head to toe so I had to sit down… stuck in this More Best of Leonard Cohen CD and when Leonard is singing, everything else goes right out of my brain…

…so if you’ll excuse me, I need to push my recliner back to ease my aching back (brought on by pushing the vacuum cleaner around this joint!) and groove on The Tower of Song…

Cheers for the velvet voice of the great, incomparable, Mr. Leonard Cohen! 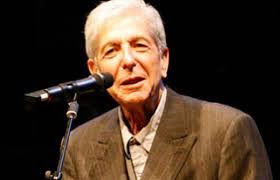 5 Responses to Everybody Knows….