TESTAMENT OF YOUTH by Vera Brittain

We watched this series here at home recently and it has changed my life. Vera Brittain has changed everything for me. 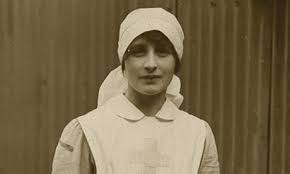 Here is the series, the older (and, IMO, the better) version of this – I see that a more current 2014 version is out but from what I glimpsed of it, it is nothing like this very well-done version that is a little older. So here are the 6 parts of

Info on Vera at the Peace Pledge Union Project page.

Cheers for the Vera Brittains of this World!