Here is a photographic essay of what I have of him in pictures. Elmer was a wonderful, gentle, hard-working, talented, funny, devoted, and loving man, husband, father/father-in-law, and friend.

A young Elmer and Eleanor, at the beginning: 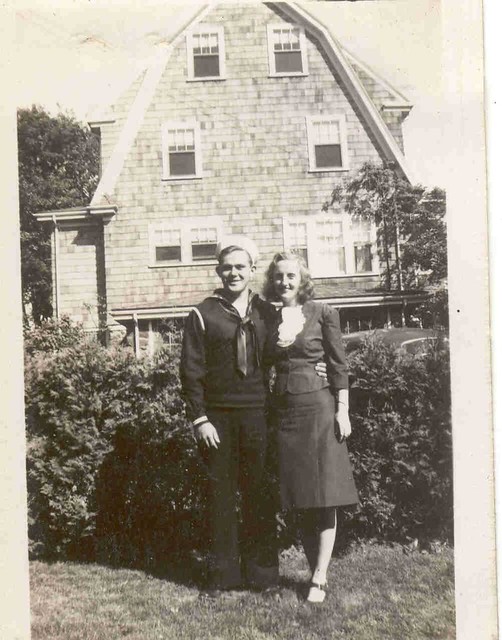 Taken in South Berwick, Maine, in front of the magnolia tree we gave them for their anniversary one year: 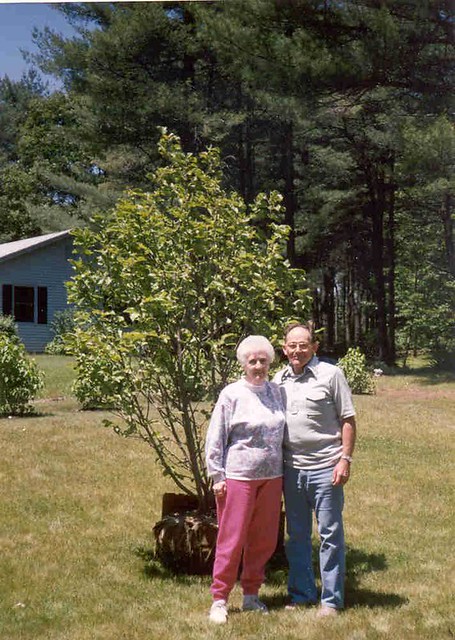 The Crowells and Barrys out to eat. Paul’s sister Leslie Barry is next to her Dad and her husband, (also Paul). In front: Paul’s Mom, Eleanor, me, Patrick Barry, and my Paul: 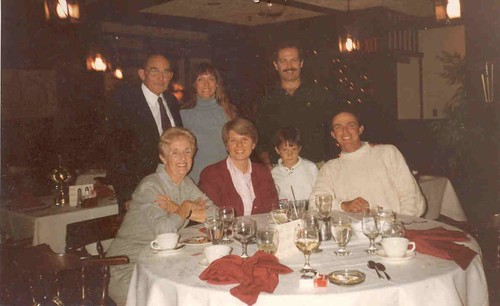 This is my favorite picture of Paul and his folks, taken before we were married, in 1985. I think I’d only just met them! 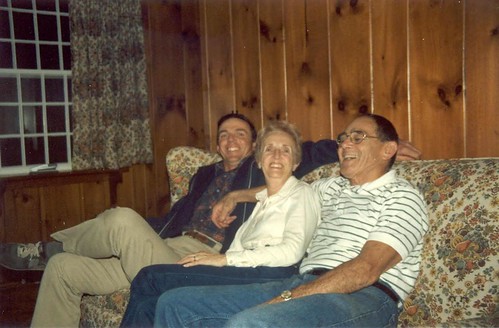 Taken a few years ago when we had supper with them in their “independent living apartment”: 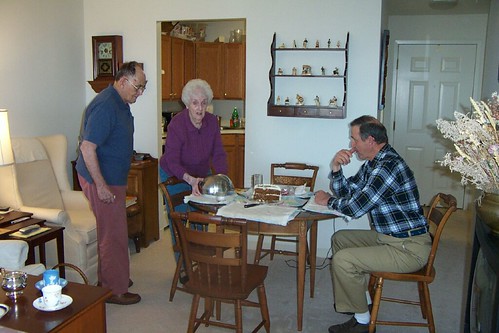 One Christmas at their apartment: 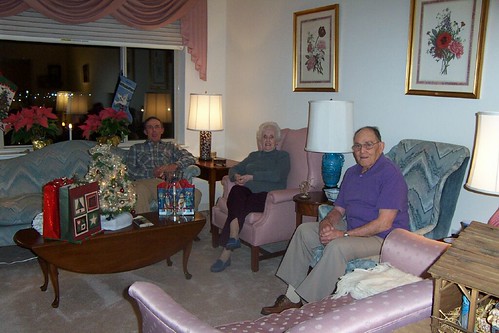 I love this shot: 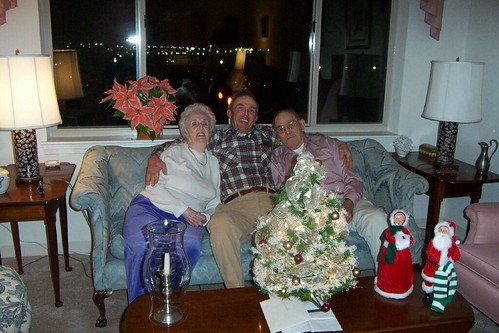 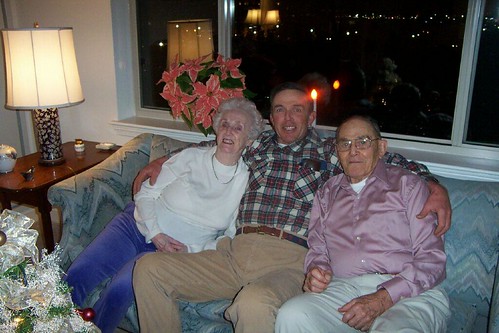 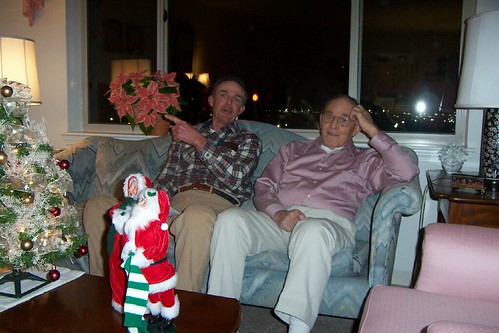 This always makes me laugh. Note who gets most of the sofa — and who doesn’t! 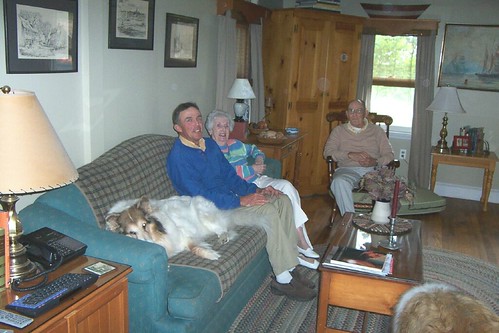 They were square-dancers and these were their costumes: 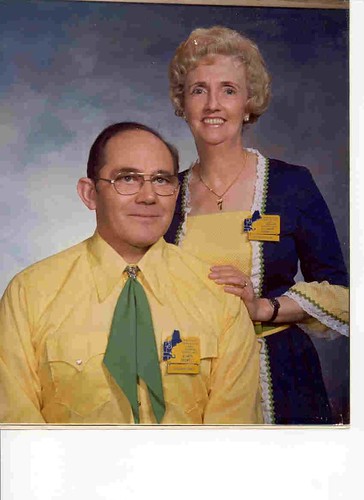 One of my faves of them: 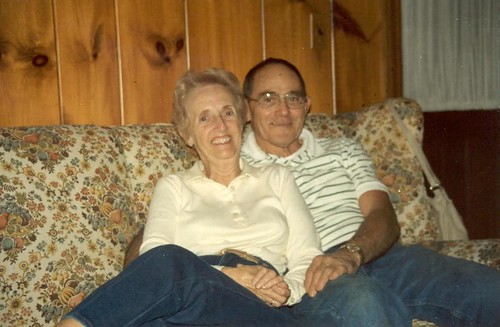 In Maine, we brought lobsters for supper! Dad was happy! 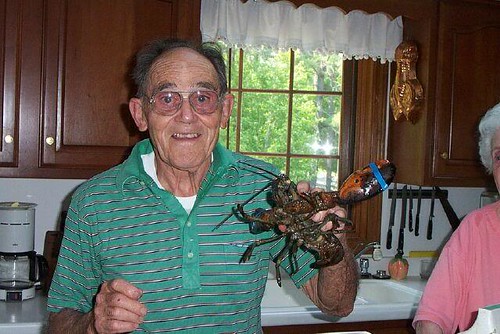 Mom was happy too: 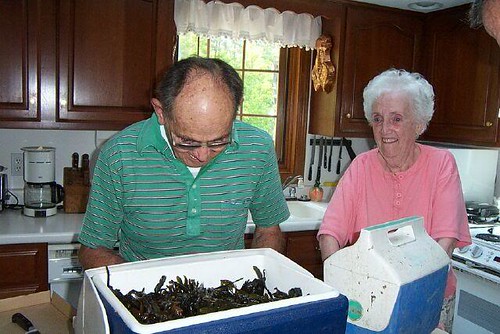 Paul’s family was a lobstering family through and through.

His grandfather was a boat-builder and a lobsterman, Paul’s dad Elmer worked at GE as a machinist all his life, but when he came home from a long day at work, he hot-footed it down to the harbor to his skiff and out he’d go to pull up lobster traps til the sun went down. He loved it out there on the water. And now Paul is in his 50th year (give or take) of lobstering, as well, carrying on the family tradition. Too bad we can’t teach Kip how to haul traps!

Elmer is at peace now, away from his 93 year old body that hadn’t been kind to him over the last decade or so. He’s in a better place, as they say.

See you later, Dad! Keep the light on for us… 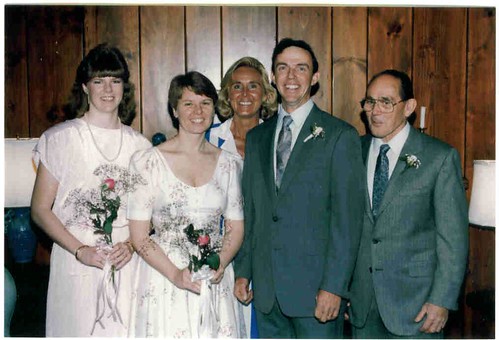