It’s the “During the Blizzard” phase right now. I slept little if at all last night. Listened to the radio all night in bed with my headphones, just so I’d be sure the power was still on. It stayed on all night and is STILL on… (touch wood!). 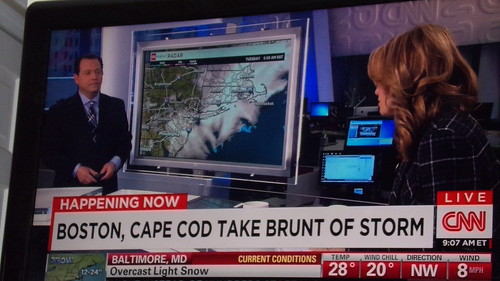 For comparison, here it was “before” – taken a few days ago: 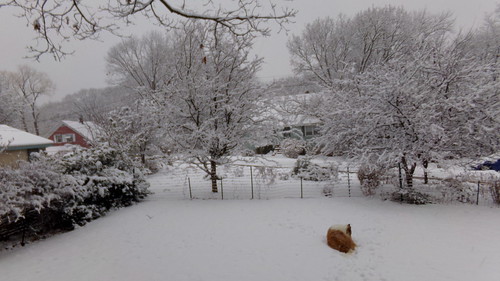 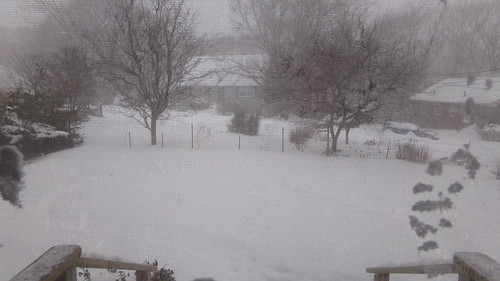 That stuff is snow caked on the storm door. I didn’t actually open it up!

Below, the side deck. The wind is wild and is blowing this fluffy powdery snow all over the place, thus no real build-up on the railings, but blobs of snows that swirled around on the deck: 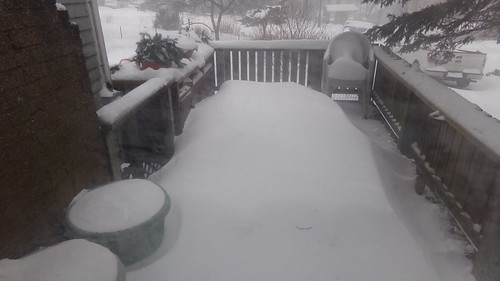 A better view showing the cars in the driveway: 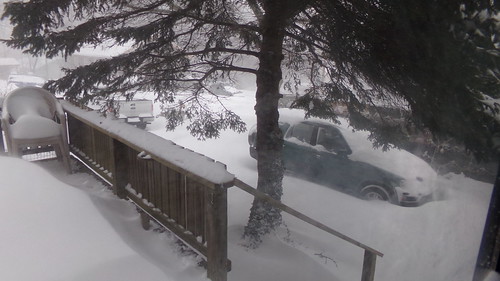 View out the back sliding doors, onto the rear deck: 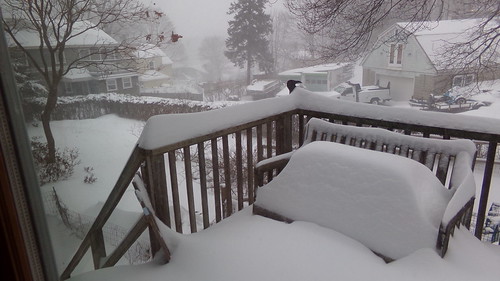 Looking out the kitchen windows, you can see the snow is blowing wildly in the wind. It’s supposed to keep snowing all day and end sometime tonight or tomorrow morning, but they said that most of the snow will have been dumped on us by around noon today and then another “6 to 8” inches throughout the day: 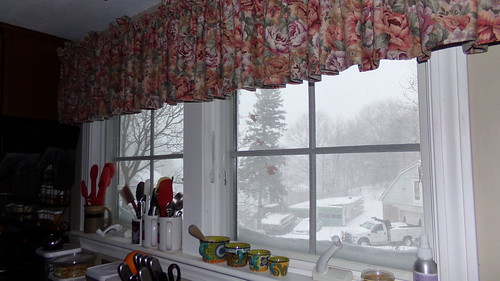 And one last look out front: 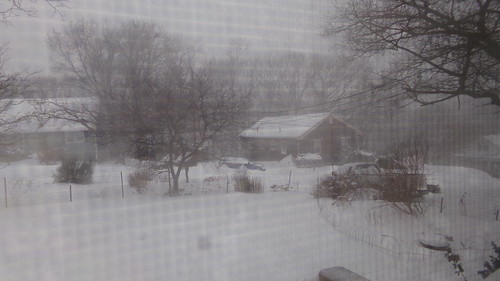 The man being interviewed on CNN just now said “We “only” got a foot!” – I think he was in New York City.

I heard that up here in Massachusetts, as of this morning our area here had gotten about 14 inches but the Worcester area, which is more west of Boston, got the most at 27 inches. It will increase before it’s over, but just the fact that I’m typing this blog entry is testament that we STILL HAVE POWER here, and for that I am truly grateful.

The dogs had a hard time finding a good pee-spot but after much cajoling from Paul at the door, while they traipsed around in the snow, they did their business and rushed back in. They are napping now, preparing for the next outing in a few hours. Already you can’t even see the path Paul shoveled for them nor can you see their footprints! 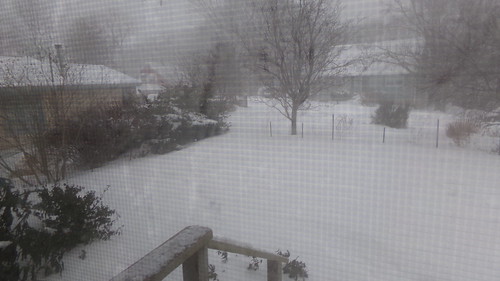 That’s the weather report from Salem, Massachusetts, USA, The World. Once it’s all over, I will take some “after” photos and post them then.