And the day after, we have sunny skies: 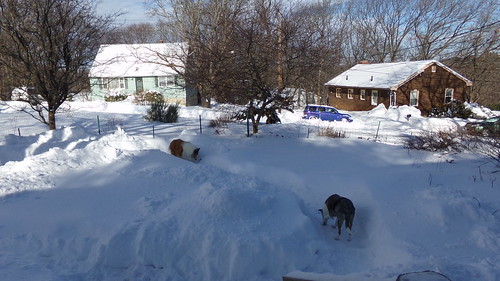 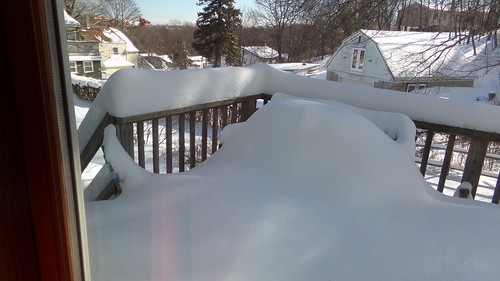 Thru the sliding doors: 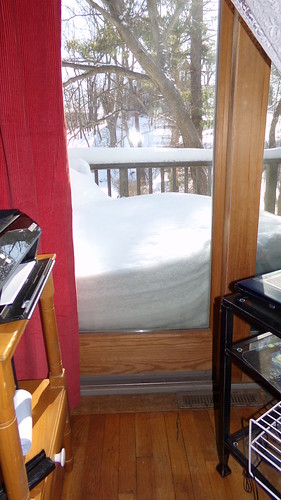 Is this deep enough for ya? 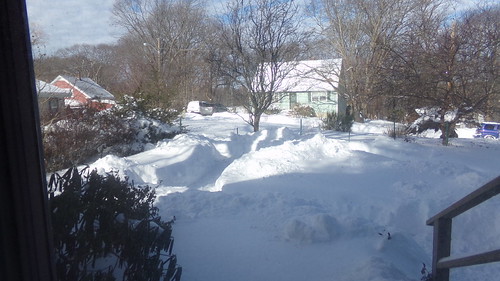 My “Feel Good Tree” is still up and lit-up each night! 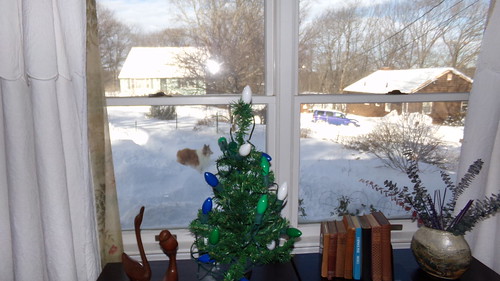 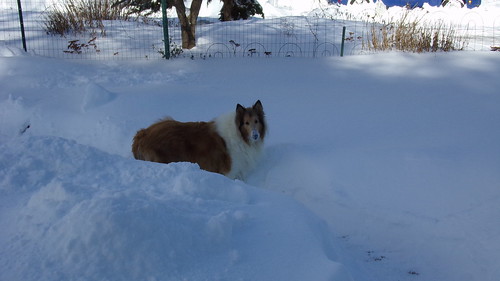 Our fabulous neighbors who help with our snow removal: 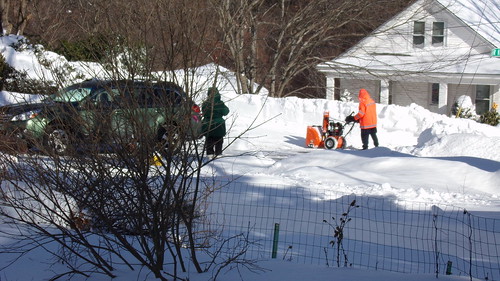 I’ve always wanted to plant a hedge maze in the front yard, but I guess a “snow maze” is as close as we’ll get: 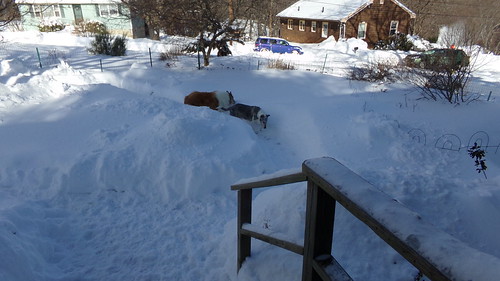 Lucky for us the oil man came to fill up the day before the storm hit… this is where he has to walk! 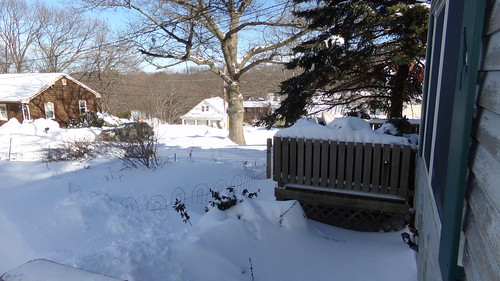 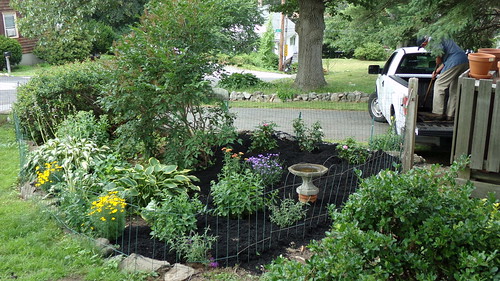 Coming in from playing and then shaking it all off!

I just love the look on Kip’s face here: 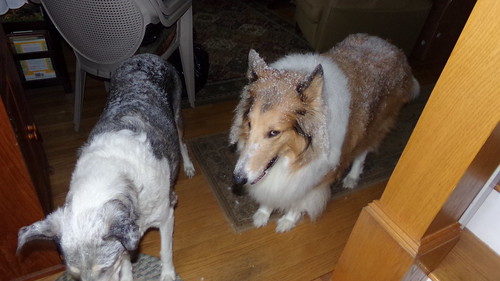 Playing and working, man and his dogs: 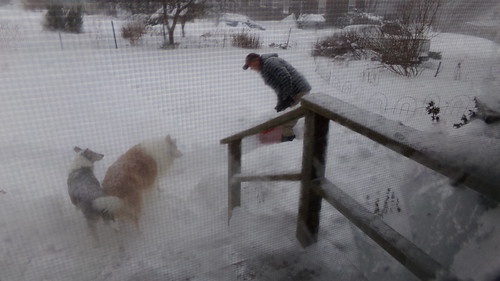 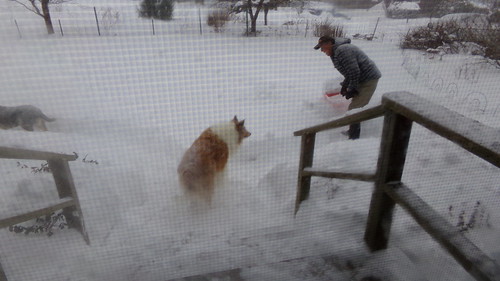 Coming in – it’s cold out there! 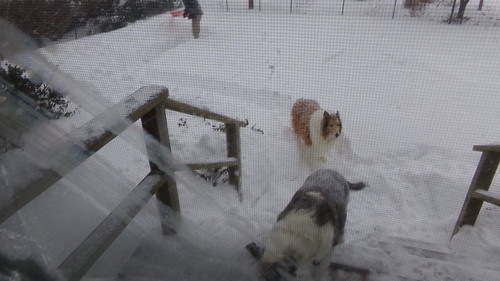 So that’s the way it is. We have snow. Lots of snow. Snow-cone anyone? Snow cake? Snow angel?

Except today I saw a Coast Guard helicopter buzzing around the sky and learned that “body parts” had washed up on King’s Beach in Swampscott (next town over) and were found near a lobster pot that had also washed up in the storm. They are investigating now to try to identify who it might be. A young woman had disappeared from near here last summer and was never found, it could be her, we don’t know.

Paul says it can’t be his lobster trap as it’s too far afield from where he fishes off Swampscott. He is down in Marblehead now rescuing a couple of his traps from Devereux Beach that washed up.

So we made it through the worst part. We are supposed to get another 6-inches of snow on Friday… phtaw! That’s child’s play compared to this last one! 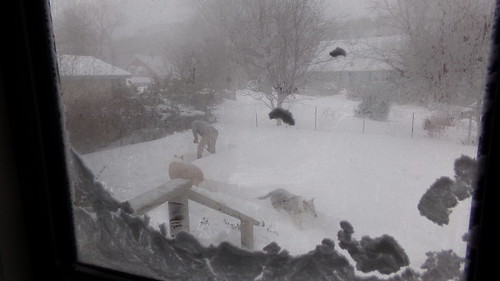