I have always enjoyed watching live coverage of trials. We, here in Massachusetts, are having a murder trial of former NFL player, Aaron Hernandez. Just FYI, if anyone out there is interested in it, I found where you can watch this trial live online at the WBUR web site at http://www.wbur.org/2015/01/29/aaron-hernandez-murder-trial-video:

(If you don’t see anything below, then court has ended for the day.)

Occasionally this will stop streaming but only for a minute or two. It’s quite a good source.

And just so you know, we had a day of blue skies and no snow, which has morphed into today, Friday, and it’s snowing again! Here we go… get out the shovels! 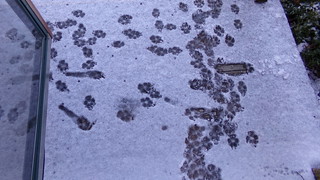