Status Umbilicus, or The Hose Knows…

The quote of the day on the news stations:

The snow, that is. 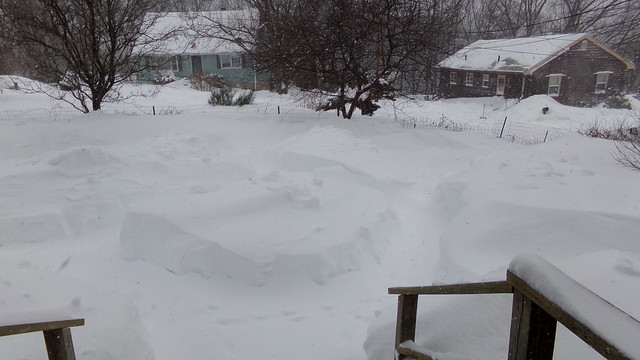 The mountains and mountains of snow that are piling up, up, up to the sky… They are everywhere.

Paul got a phone call early this a.m. from Peggy, across the street. She has NO WATER!

He checked and yes, we have water… so it must be a frozen pipe on her property somewhere, who knows where, maybe from the street to her house…

This is a nightmare that won’t end!

I sent Paul over there to help Peggy shovel off her front porch and steps, and then to shovel a path to her outside faucet. A city truck was dispatched up here, a big sucker, a front-end-loader, and the man went in and surveyed the situation… yup! Peggy is froze up!

She needs “THE HOSE!”

This is deja vu all over again!

That black city-owned hose, that we had to use on several different occasions, the first time when we bought the house and had no water from January til mid-March!

If you run a hose from one house to the next door one at the outside faucets, where the garden hose goes, apparently if the second house has running water, it will flow over into your (frozen up) house.

The only problem with this is that the hose tends to freeze up, too! Ours did. Many times. 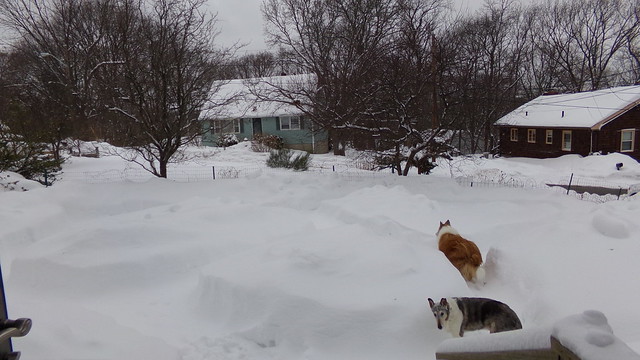 Peggy’s house was owned by another family back in 1987 when ours froze up, and those people were also frozen up and had the hose going to this same neighbor’s house. But for some reason their hose didn’t seem to freeze up and it stayed attached right thru the winter til mid-March, when the pipes thawed out on their own…

I can remember it like it was yesterday, I was in the basement trying to do a quickie wash with our black hose hooked up to our next door neighbor when the telephone rang… it was Maureen across the street (in what is now Peggy’s house) yelling with joy over the phone saying “It’s thawed out! The water is back!!!” We were both jumping with joy at that moment, after about 6 weeks of no running water and dealing with the hoses.

So now, today, Peggy has the Hose running from her faucet over to Bob’s house… again!!!

Paul was just out there helping to dig out Bob’s bulkhead so the hose could go down thru there into the basement… because he couldn’t get any water to come thru his outside spigot! (That’s not good either!)

Paul digging up the yard to sink the water line deeper: 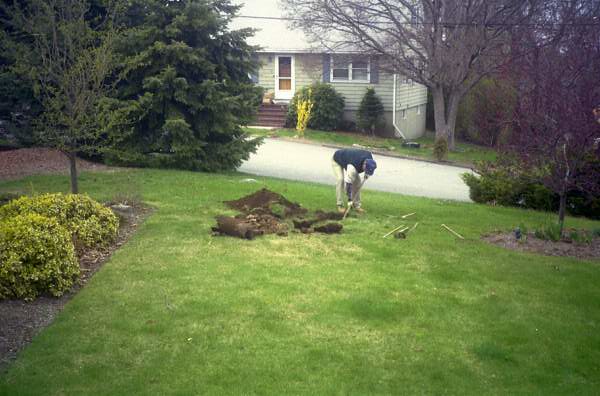 The city truck is still out there. Now, not only does Peggy need to keep shoveling her steps and walkway to get out but she needs to shovel the path over to the faucet and then maybe over to Bob’s house – in case the hose freezes up and it needs to be removed and taken into someone’s basement to thaw out.

Deja vu all over again!

Well, I haven’t eaten anything yet today, too much going on, so if you’ll excuse me, I’m going to have my food. Just pray our water stays on! We have our faucets dripping….

Oh yes, and the city truck driver said this was his 6th call like this today, and it’s only 10:30 in the morning!

No Cheers for the Wintertime in New England! 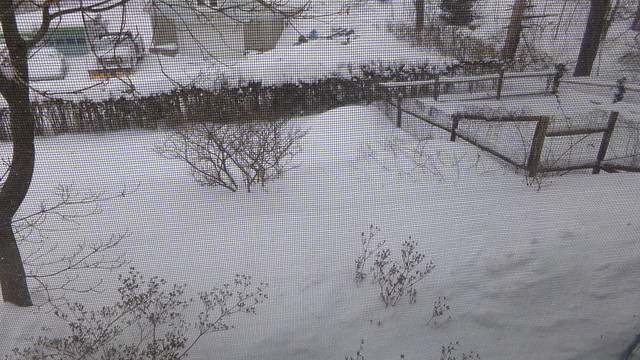 12 Responses to Status Umbilicus, or The Hose Knows…