Sorry for being gone so long, and I’m really not “back” yet. Just not in the mood to write here for some reason. TT asked if I had any photos of flowers to show yet… well, I took these photos this morning, and the only flowers are on the forsythia bush at Peggy’s house across the street, which is in full bloom, but that’s about IT for flowers so far around here. 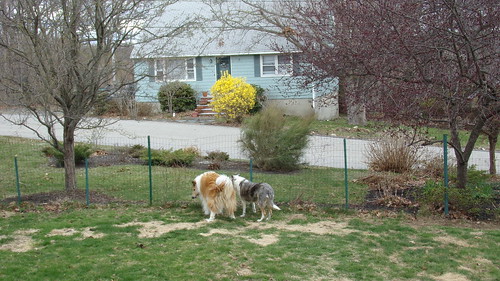 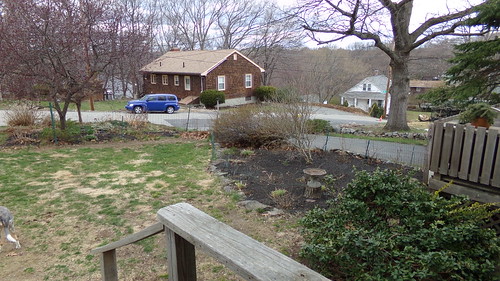 Before Paul cleaned it up: 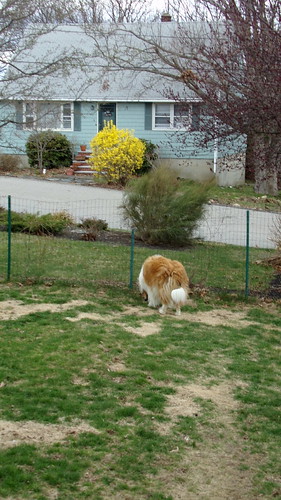 So, It’s pretty barren and boring here still. As you can see, the front lawn has a long way to go before it’s back to normal… thanks to this: 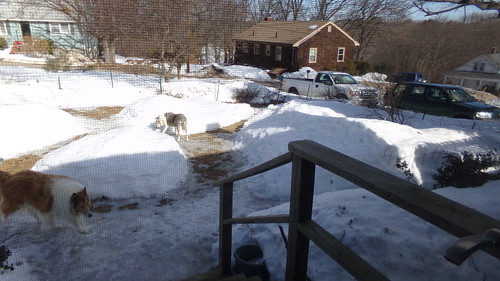 Where the dogs could walk, the grass is all ruined. So we’ll just have to wait – for some rain and some sun to show up. But it sure is a long time coming this year — spring is.

“Women are supposed to be very calm generally: but women feel just as men feel; they need exercise for their faculties, and a field for their efforts as much as their brothers do; they suffer from too rigid a restraint, too absolute a stagnation, precisely as men would suffer; and it is narrow-minded in their more privileged fellow-creatures to say that they ought to confine themselves to making puddings and knitting stockings, to playing on the piano and embroidering bags. It is thoughtless to condemn them, or laugh at them, if they seek to do more or learn more than custom has pronounced necessary for their sex.”

~from JANE EYRE by Charlotte Bronte~

13 Responses to A Long Time Coming