Get Your Memorial Day Lobsters Here 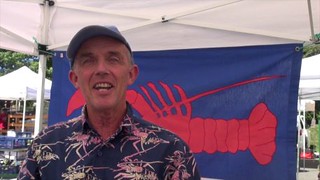 The Farmers’ Market does not open until NEXT weekend! May 30, 2015. Paul had the wrong date and showed up and no one was there!

(behind Middle School on Pleasant Street)

At Farmers’ Market from

1. In large kettle over low heat, melt 2 TBSP butter. Add onion, stir, and cook until soft, about 5 mins. Add potatoes & 6 cps broth/water, and bring to simmer. Season with salt and pepper. Cook for about 30 mins, til potatoes begin to soften.

2. In a lrg skillet over med. high heat, melt 2 TBSP butter. Add about 1/3rd of the lobster & saute for about a minute or so. Set aside. Repeat w/remaining lobster & butter.

11 Responses to Get Your Memorial Day Lobsters Here